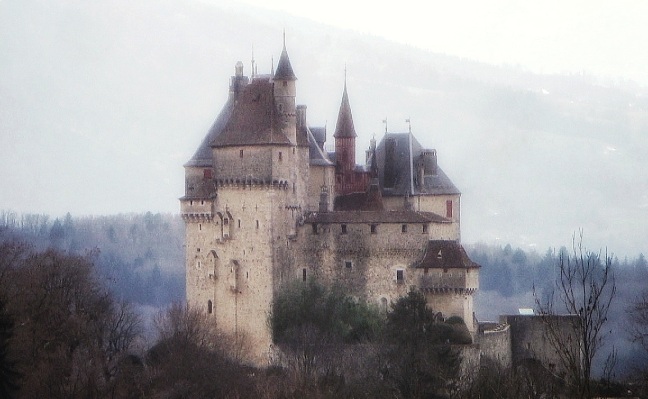 .
There is a monument in your being. Something unmovable, unbreakable. Something from which you can never part. Something you can never divorce from. Try to move away from yourself, to separate yourself from your experience, dis-extricate yourself from the massive presence of your being, and see that you cannot do it. Feel this impossibility. Let it itself move you. Let it itself disengage you. Feel how this disengagement is death itself, the removal of all that you have believed was you, and is now discovered not to be. That will shatter you, break you in a thousand pieces, to never be gathered again, never be put together ever. You will be dislodged from yourself. This is irrevocable death. And that death is the only existing portal for life.

Yet what dies is just a thought. A castle of beliefs that you have built in the air of your being. This castle was never really there, although you have inhabited it, occupied its chambers, busied yourself with its imperious injunctions. There is a way out of this donjon. You have to go to the presence of your being. This sense of being is the indestructible ground on which you have built this fatuous mansion of yourself. Some call it the ground of being. Some call it the ‘I Am’. A base you can never part from. The portal you can never deviate from. One that will never let you down, or betray you, if only you could notice its unmistakable presence. That base is itself this castle of happiness that you have hungered for all your life. One that needs not being built, that needs not being added to. So everything that you have strenuously built for yourself will find its primal redundancy, will be reabsorbed in your only true mansion. A castle with only one chamber — home of being — provider of happiness.