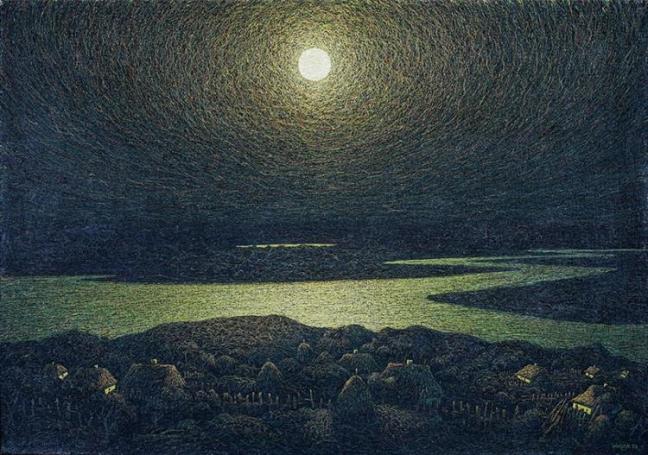 “Being human is a complicated gig.
So give that ol’ dark night of the soul a hug.
Howl the eternal yes!”
~ Friedrich Nietzsche

There is a poem that fed the imagination of many prestigious writers and philosophers like T. S. Eliot, Simone Weil, or Thomas Merton. Many a spiritual seeker has found in it a guiding lamp for the harsh ascent towards divine union. Its name: the ‘Dark Night of the Soul’, a short poem written by the 16th-century Spanish mystic and poet John of the Cross. It refers to the unknowable nature of both the goal and the path, and how such darkness would allow us to merge with the presence of god in ourself. As John of the Cross wrote: “In the dark night of the soul, bright flows the river of God.” I am presenting here the translation by Edgar Allison Peers. Following the poem is a short text that I wrote, words that the poem has evoked in me, the inspiration that it invoked…

On a dark night,
Kindled in love with yearnings — oh, happy chance! —
I went forth without being observed,
My house being now at rest.

2 thoughts on “The Dark Night”