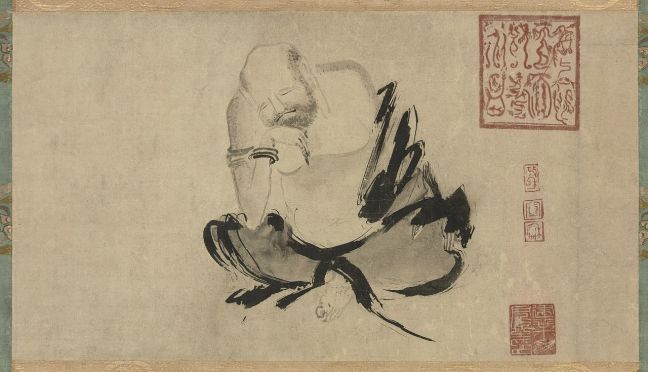 It is only recently that I have heard the first two lines of this Zen poem called ‘Hsin-hsin Ming’, which can be translated as ‘Verses on the Perfect Mind’. It is an ancient poem, one of the earliest and most influential Zen writings. It was allegedly composed by Chien-chih Seng-ts’an, who is referred as the Third Zen Patriarch. Very little is known about him, except that he was initiated into the Dharma by Dazu Huike (487–593) and died in 606. It has been multi-translated, and given various names. The title literally means ‘Inscription (or record) on the Believing Heart (or the Faith Mind)’. Verses on the Perfect Mind seems to be a good translation, considering the deeper meaning of the word ‘perfect’ which is ‘completed, accomplished’. The perfect Mind here is an ‘is-ness’, the natural mind, the Buddha mind. As the Nirvana Sutra says, “Great faith is no other than Buddha nature.”

What makes the translation of the poem difficult is the tension between conveying the right meaning and rendering the brevity of the poem. There is a passage in the present translation that goes: “When things can no longer be faulty, it is as if there are no things. When the mind can no longer be disturbed, it is as if there is no mind.” This was translated by Prof. Dusan Pajin: “No blame, no things; no arising, no mind.” The poem consists of 146 unrhymed four-character verses, which is shorter than the usual lines in Chinese poetry which have five or seven characters. So the form is concise, scarce, and that is in line with the Zen meditative form.

It should not be read as a succession of individual quatrain, but more as a vision, something whole, indivisible. I think it was written in this spirit, for the original work is really just a succession of undivided characters. Maybe it was recited fast, concentrating on the meaning behind the words, the felt-understanding. It starts with these famous lines, so often quoted: “The Great Way is not difficult, for those who have no preferences.” It develops as variations on these lines before ending and finding completion — we could say vanishing — with this strong reminder: “Words! Words! The Way is beyond language, Words never could, can not now, and never will describe the Way.” The present interpretation is by Eric Putkonen. Eric is a Modern-day house-holder yogi and lover of what-is who lives in St. Petersburg, Florida where he hosts nonduality satsangs. I hope you will enjoy…

The Great Way is not difficult,
for those who have no preferences.
Let go of longing and aversion,
and it reveals itself.

Make the smallest distinction, however,
and you are as far from it as heaven is from earth.
If you want to realize the truth,
then hold no opinions for or against anything.

Like and dislike
is the disease of the mind.
When the deep meaning (of the Way) is not understood,
the intrinsic peace of mind is disturbed.

As vast as infinite space,
it is perfect and lacks nothing.
Indeed, it is due to your grasping and repelling
that you do not see things as they are.