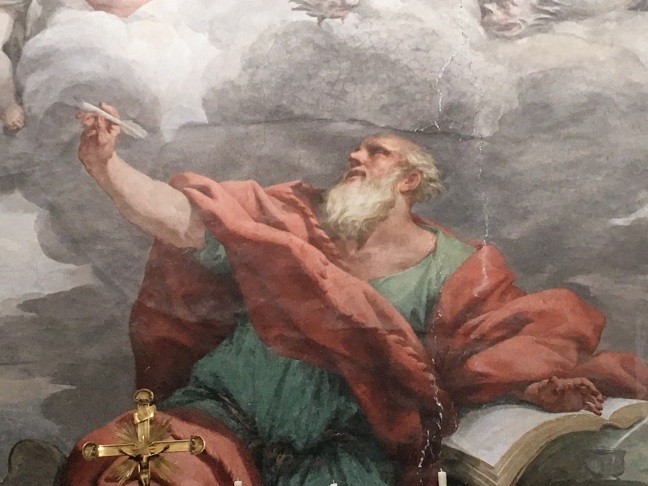 “God is my final end;
Does he from me evolve,
Then he grows out of me,
While I in Him dissolve.”
~ Angelus Silesius (The Cherubinic Wanderer)

Angelus Silesius was a German mystic born Johannes Scheffler in 1624. Although a Lutheran, he converted to Catholicism and became a priest. After being a physician for a while, he became known for his mystical poetry. He published two poetical works, “The Soul’s Spiritual Delight“, a collection of more than two hundred religious songs, and “The Cherubinic Wanderer“, a collection of over sixteen hundred alexandrine couplets, from which the following selection is excerpted.

These short mystical poems – like spiritual haikus – are like bubbles sparkling with meaning and depth, infused with humour and sweet tenderness, bearing at their core the accents of a true non-dual understanding. I have attempted to give them a loose classification, each theme with a short introductory text, for better access and clarity. Chew them lightly, and they will never fail to deliver, behind their somewhat naive and archaic attire, the honey of their essence. Angelus Silesius died in 1677.

God is a big word, and it is important to understand what reality is hidden behind such a word.
The poet warns: “To know Him, Knower must be one with Known.”
Enjoy a taste of the nature of God:

Being is not measured
“Turn wheresoe’er I will, I find no evidence
of End, Beginning, Centre or Circumference.”
~ Godhead, 1.2.188

God is not grasped
“God is an utter Nothingness,
Beyond the touch of Time and Place:
The more thou graspest after Him,
The more he fleeth thy embrace.”
~ Godhead, 5.1.25

The knower must become the known
“Naught ever can be known in God: One and Alone
Is He. To know Him, Knower must be one with Known.”
~ Godhead, 8.1.285

3 thoughts on “Where God Speaks”