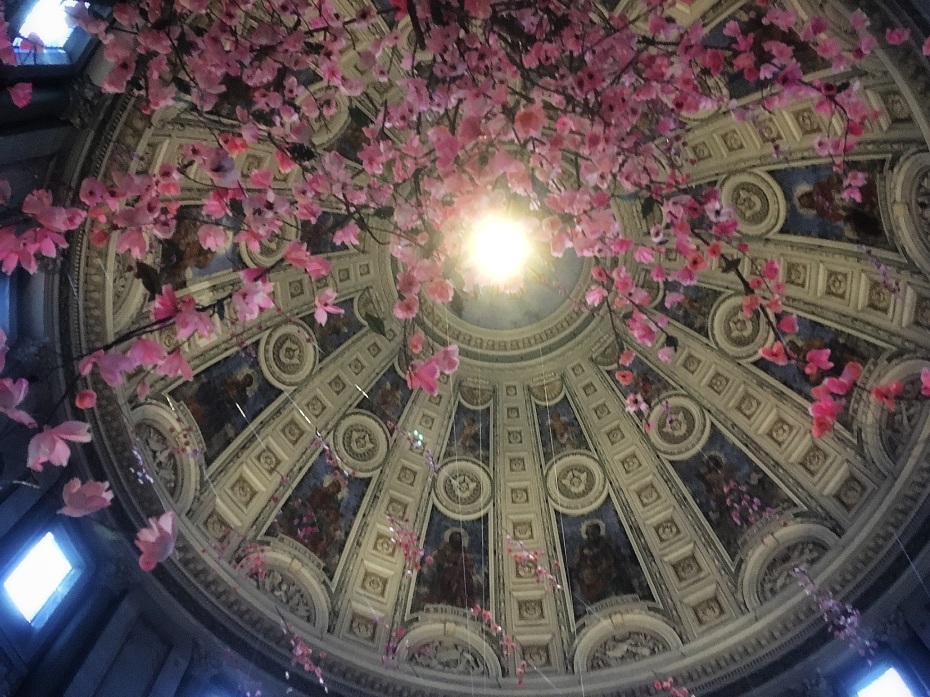 The spiritual search is really only a process of hide-and-seek. When we are lost and unhappy, we seek some relief. Our sense of a peaceful self, which is our true nature, eludes us, is not felt — so we embark into the search for a happy life. The process is clear and evident: when our true nature is hidden, we are naturally engaged in seeking. We try to uncover it, to dispel the confusion. When it is revealed, we bask in it, enjoy our find, treasure it. We don’t keep running about, busying ourself, pretending we’re a seeker. That would make what we have found leave. That would put her off. That would make it flee. That would cover its presence again.

What would you say — when you were playing hide-and-seek as a kid — if your little friend, after having found you, would go on seeking you everywhere intently? If he left you here standing, unchecked? How would you feel? Well, that would put you off. You would resume the game, go back home, leave him to his folly. This is the same with awareness, with your inner sense of being. You seek it when it’s not there, when it’s covered, hidden. But when it is felt, when you are being reunited with your own precious sense of being, then it is time to suspend all activity and celebrate. Remember the giggles when you found your hidden friend — your big open eyes — the joy of it all — the taste of this reunion. This is the way to be at the moment of re-union with you true sense of self. Cherish it. Live the moment. Stay there — in that joy.

When you reunite with your true self — the one you have never left, never parted with — take your time to look into his eyes. Contemplate its being, its sweet friendship. Be like a warm, soft, gentle breeze — a zephyr — not a cold, hurried north wind. What would your sweetheart feel if, when you reunite with her after being separated for a while, she would only receive from you a quick and cold ‘Hi!’, and see you moving hurriedly to something else, or somebody else? That would be felt as a form of betrayal. So pause. See that your seeking momentum can be your worst enemy. Don’t expect more. Don’t seek to possess. Possession is an attribute of separation. To possess is to be separated from that which you possess. Rather be possessed. Seek to only be, and rejoice in that being. Be with your friend so wholly that you are found to be one single embrace of love.

This is what children truly do, when they are playing hide-and-seek. When they get hidden and found. Again and again. Hidden and found. Hidden and found. They are rehearsing the joy of being reunited, after having being temporarily — and playfully — hidden or separated from the other friend. This is what is at play in all spiritual inquiry. It is about this underlying, already achieved union, which we are re-enacting again and again. This is the game of life and existence, of truth and untruth, of all the apparent contradictions and conflicts, with their seeming separation and re-union. Seeking — or being hidden — is a tension, an expectation, a fear, a suffering. And the finding, the resolution, is in the release of this tension, which is felt as happiness — a melting in union and oneness.

For in truth, who or what is behind the ‘hide’ of ‘hide-and-seek’? Reality, or the self, is not the one hiding. Our true nature has no intention to hide — to hide from what? How would the sun hide in infinite and empty space? Our true nature is shining with all its might, and desires one thing only, which is to be seen. And hiding is not for the separate self either. This one doesn’t hide — it rather likes to boast itself by moving both arms frenetically, screaming ‘I am here! I am here!’. So who is the one hiding in this game? No one is hiding. For the simple reason that there are not two entities here playing. Only one being enters the game. One being who sometimes plays the part of hiding itself — and experiences the sadness of separation — and sometimes plays the part of revealing itself — and engages in the joy of being reunited again. So the dice are loaded. The game is biased. The inherently peaceful nature of our self is being hid or concealed by a presumed ‘other’ who is in fact only itself, but whose illusory but boisterous presence is blocking all view. Hiding is all there is. One single act of concealment, made by a single thought, and experienced by itself alone. But nothing is truly hidden. For the thought is only a temporary and lonely manifestation of the only thing there is and could ever be, which is the eternal self. And this self is pure being — our glorious being being only itself. So the seeker is redundant. And seeking is a mirage — although maybe a necessary one.

Now who or what is behind the ‘seek’ of ‘hide-and-seek’? Seeking is obviously for the separate self. But is it? Can a thought seek? Can a feeling seek? Or can it only assert itself? How would a scared self, who is afraid of dying, want to seek something that is itself the very agent of its dying? No potential victim will ever look for its killer. Seeking is an activity that is seemingly done from the vantage point of an illusory separate self. It is initiated by the suffering inherent to the belief of being a separate entity. That belief is unknowingly seeking to end itself, and is projecting this activity as being the ego’s search for happiness through an object — be it a mundane or a spiritual one. Any seeking from the vantage point of separation is bound to produce more suffering, and therefore more seeking. Seeking as an activity ends when we realise that the object of the search is in ourself. The seeker is the sought. The sought is the seeker. No one is truly seeking. Our true nature has no need for a search for it is itself already revealed and open to all sights. And the separate self can only pretend to be seeking if it wants to survive. No one is seeking for the simple reason that there are not two entities here playing. Only one being enters the game. One being who sometimes plays the part of seeking itself — and suffers the pain of concealment or apparent separation — and sometimes plays the part of the one being sought for — and experience the joy and thrill of apparent re-union. So the dice are loaded. The game is biased. There is not an entity here seeking an ‘other than itself’. There is only ‘entity’. And this entity is pure being — our glorious being being only itself. So the one hiding is redundant. And the hiding place is a mirage.

So what is this activity of ‘hide-and-seek’ from the vantage point of this new understanding? Could it be that the whole process of ‘hide-and-seek’ is an activity undertaken by the one true and only undivided being there is, whose natural inclination is to reassess its position, to restore the truth of living? Is it only a play that we perform, and whose stage is our own being? And the script says something like the following: you will miss the realisation of your true nature again and again, because seeking will make you lose sight that the object of your search is what is discovered to be already who you truly are. (Could that take us as far as to think that to seek something is to hide it?) And the belief in something hidden will reinforce your old habit of being a separate self that needs to find in objects — be they the subtlest ones — the means for its completion. This whole activity of ‘hide-and-seek’ is in itself the very activity of the sense of separation which we are seeking to undermine. So please don’t forget to slow down and rejoice in your true being when it is found or realised. This is true seeking — this non-activity of just abiding in your seemingly newly found self. The one which has always been you and was never hidden whatsoever, therefore needed not being sought in any way.

Suggestion:
– Other short texts and divagations from the blog at Reveries into Oneness