A Ballet of Life 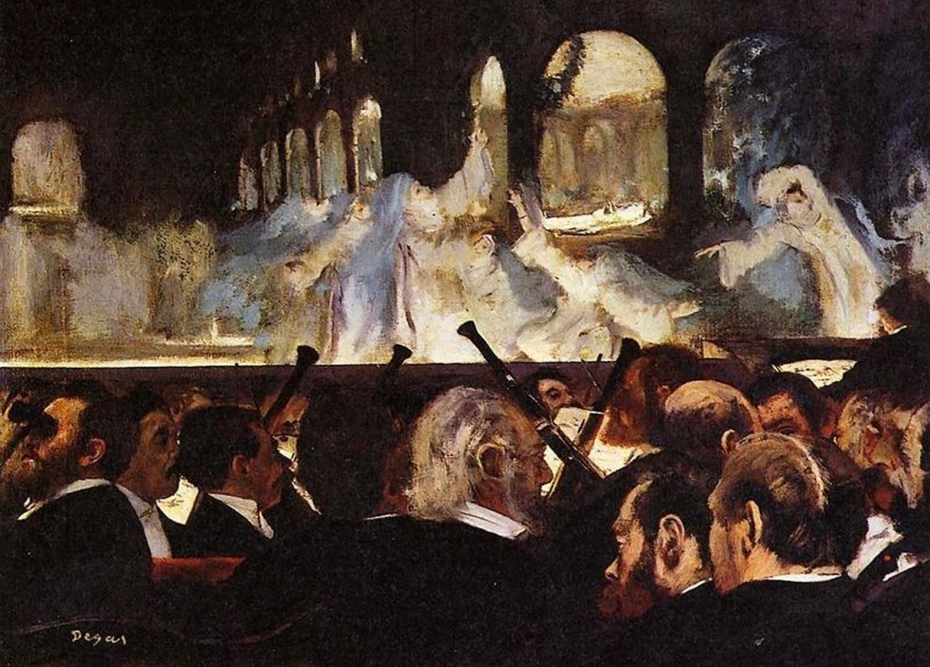 “See what a scourge is laid upon your hate,
That heaven finds means to kill your joys with love!”
~ William Shakespeare in ‘Romeo and Juliet’ (Prince 5.3)

Tonight I’m out to see a ballet for the first time. Not any ballet, but one of the prestigious classical ones, namely ‘Romeo and Juliet’, which the Russian composer Sergei Prokofiev created in 1935, based on the play by William Shakespeare. As I entered the shell like old royal theatre of Copenhagen, my eyes scanned the prestigious room, with the four golden balconies circling over our heads, one above the other, and the spectacular royal lodge down on the left, close to the stage. In front of us, hidden in the orchestra pit, the musicians were already according their instruments, and enveloped our expectation in a soft and pleasant cacophony.

I found my seat, and my gaze landed on a quote placed right above the curtain. It said in Danish: ‘Ej blot til lyst’, which means ‘not only for pleasure’, stressing that Theatre as an art was also created for learning. It reminded me that in India, the theatrical experience was created as a fifth Veda, for the humble people to whom the old religious texts could not be transmitted orally as was the tradition in these times. On both sides of the saying were two faces in relief. The one on the left was a sad one, and the other on the right was laughing. The ballet that was about to start could have adopted this passage from the ancient Indian treatise ‘Natya Shasta’, where the nature and purpose of the performing arts are described as follow: “Sometimes the law, sometimes gambling, sometimes wealth, sometimes peace, sometimes laughter, sometimes war, sometimes passion, sometimes violent death… Showing the ways of law, glory, long life and grace, strengthening the mind, this theatre will be a source of instruction for all.” As the room acquired silence and the lights slowly dimmed, I was ready to both enjoy and learn, maybe laugh and shed a tear, and if grace allowed, strengthen my mind. The curtain was raised.

Shakespeare’s story is set in Verona, Italy. Romeo and Juliet belong to two different families who hate each other. As they fall in love, their happiness is jeopardised by this prevailing family context. The ballet shows the slow unfolding of a situation that will lead the two heroes to their unfortunate death. There is a lesson I could draw from this mythical story. It could be something like: If you believe the content of consciousness to be about you, to be you, to have any information about who you are, and that you will find there the solution to your problems, you will miss the target. Even worse, you are bound to fail, to be precipitated into more and more problems. You will not free yourself of problems, but accumulate them to the point where your life is dictated by them. By wanting to live, you will die. By wanting to be saved, you will be doomed. And by wanting to be free, you will be locked for ever in the walls of an illusion: your own fabricated and non existent self. This is how you put life to sleep. This is how you think it is absent, and that the only thing present is your own projected self and story. By killing your true self, or rather forgetting it, rendering it as if absent, you are drawn to be slave to your thoughts, images, and feelings. You will think they describe or reveal who you are. And you will let them define consciousness. This following of, and bowing to, the content of consciousness constitute the tragedy of life, and is the author of untold suffering. 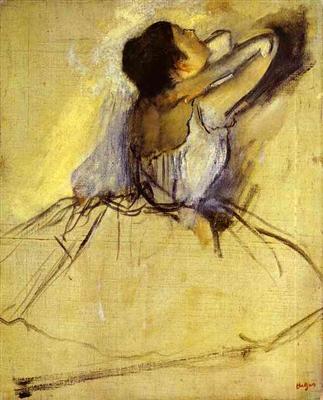 The ballet was choreographed by John Neumeier in 1974. On stage, it is a succession of delightful sequences and settings where you are being shown every possible colour and feeling, from the most exquisite love to intolerable pain; from rampant hatred turning into disputes settled with the sword to timeless moments of intimacy, humour, and grace; from teeming life spreading in all directions to implacable, arresting deaths. In their bouquets of arabesques, portés, cabrioles, jetés, and entrechats, the many dancers enacts the different characters’ elations or conflicts, giving their all, amongst senators, merchants, guardsmen, priests, prostitutes, flower girls, and children, all under the timely musical command of the orchestra. But now the ballet approaches to its end and Juliet is being caught up, forced to marry the Count Paris on her family’s order. A local monk comes to her rescue by offering her a potion that will make her look as if she was dead. Informing Romeo is a vital necessity but the news of her stratagem fails to arrive to him. She now lies seemingly dead in the family crypt where Romeo finds her. Unable to accept the loss, he kills himself. After finding Romeo dead on waking up, Juliet finally joins her lover in death as the curtain falls on the scene and the music ends in a breath.

The tragic end of Romeo and Juliet’s lives was not an accident, but was dictated by a shared and cherished family belief of hatred, which made the story so compelling that they could only be the actors of their own tragedy and death. We are the authors of our own death by sticking blindly to an imagined plot or script. We have not seen that our life was never dead, like Romeo didn’t see that Juliet was only put to sleep. We too can waken up any time, if only we could stop being attached to our well rehearsed story. But we like being the sufferer, for we think we are innocent in this. We fail to notice that our fate was brought by one person only, which is ourself, our false sense of self and all the beliefs and protections born out of it. We are never innocent of our psychological suffering, of the story we have invented, of the illusion we ourself have created and let multiply to the tragic point of death. All we have to do is to see the false as the false. All Romeo had to do is to see that Juliet was not dead, but only put to sleep, and life will have appeared, love will have been felt — not suffering, not death. What an unfortunate mistake! We are always at a breath’s distance of passing from dying to living, from suffering to rejoicing into life’s extraordinary bounty. This breath’s content is as thin as a simple belief. Kill it in the egg and it will reveal itself as having the generosity of love. Let it grow and multiply and it will crush you under the weight of its illusory power with suffering and death.

Prokofiev made no mistake, who composed the impressive and grim ‘Dance of the Knights’ for the masked ball of the Capulets family where Romeo meets Juliet for the first time and falls in love. This composition sounds like a somber and inexorable march towards a dark fate. Our thoughts of separation, our fearsome feelings, and all our proud and self protective schemes are such knights entering the ball of consciousness. It is like a wave: let it acquire momentum and it will crash on the shore of your life in an intolerable din. The whole story of Romeo and Juliet is such a wave, and death is at its crushing end. But all of this was contained at the beginning of the story. Many commentators have remarked that ‘Romeo and Juliet’ is not about love but about hate. Believe in your hateful and avenging thoughts, and your lovely children will never know the love and peace they were promised to have. Our life is like that when we believe we are our thoughts, emotions, circumstances, perceptions. They will surely take us to our fatal end as death. No other resolution is possible. And this is written at the birth of any wave forming in the sea. Cease believing in and feeding such wave and the sea of life, of your true self, will be shown as having the peace of the still waters of consciousness, to which are ascribed the generous fate of love, freedom, peace, happiness.

So, do we keep rehearsing, practicing Romeo and Juliet’s tragedy at every moment of our lives by acting so? By being compelled by our beliefs, by following our thoughts, sticking to our ideas, obeying to our patterns, and ultimately failing to see that we were never these? We were never our hopes, our escapes, our failures, our regrets, all these popping thoughts dancing in our mind and luring us into their macabre dance. We were the life lying brightly just behind these, the love bouncing loudly just beneath this hectic and relentless activity of mind. That one that could say, just like Juliet declaring to Romeo (2.2):

“…I wish but for the thing I have;
My bounty is as boundless as the sea,
My love as deep; the more I give to thee,
The more I have, for both are infinite.”

At the end of the representation, amongst the applause, the celebration of beauty, and the artists’ salutations, the dancer playing ‘Juliet’ was awarded a new status as ‘principal dancer’, ‘prima ballerina’ as it is named in Italy. You too will be given a new name, will ascend to your own principalness, or specialness. Not the one that is formed and delimited by the changing content of consciousness, but the one ageless, formless, undecaying greatness and absoluteness of consciousness itself. This is where the dance of life reaches its pinnacle. Like in the ballet, the most feathery, airy, graceful moments of choreography were the ones that express the tender and inescapable love that Romeo and Juliet were experiencing. These are the true moments of life, when you are not invested by the content of your mind but by the graceful and boundless expressions of pure love as consciousness.